I'm back with some new posts

I've been gone since leaving for school back in August but I'm back with some new posts. I don't even know if anyone will think to check my blog any more but I'm hoping some people have some interest.
I also know that I have to finish a contest that I started back in August but I won't be able to get to that until I go home for winter break.
As for now, I have some posts of stuff I bought on ebay. I have stopped buying packs of cards entirely, and switched to ebay. It is way more cost efficient, and the thrill of the chase kinda replaces the fun of busting packs.
I guess I'll start with some 2010 Topps Chrome REFRACTORS. I love me some shiny chrome! 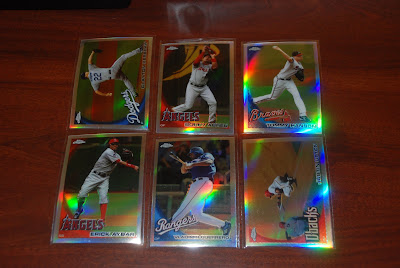 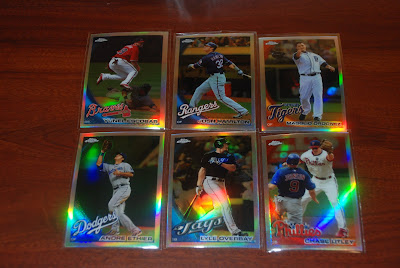 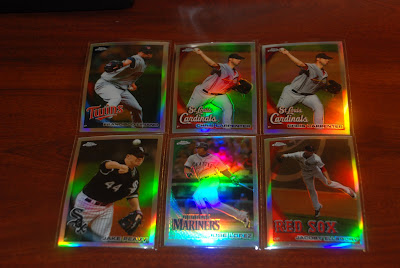 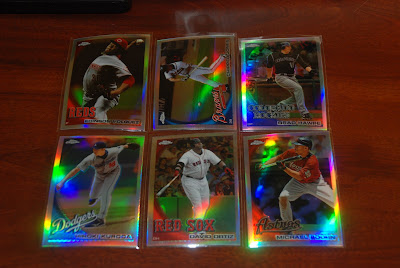 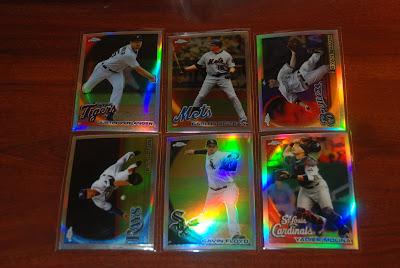 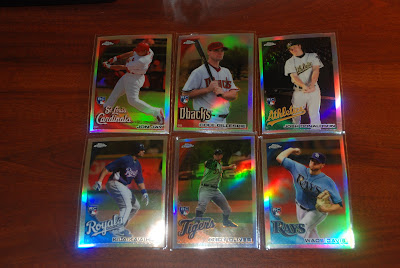 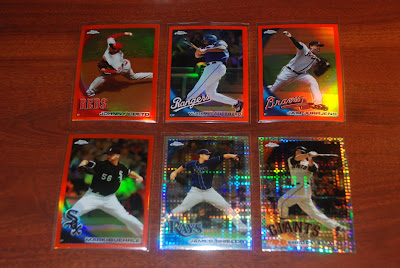 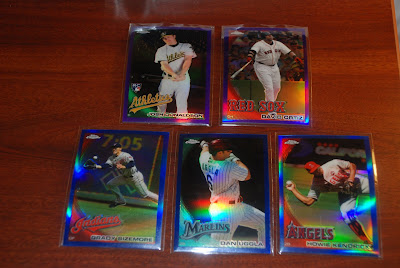 Purple Refractors:
Josh Donaldson
David Ortiz
Blue Refractors:
Grady Sizemore
Dan Uggla
Howie Kendrick
I really dig refractors from just about any set. Topps really needs to get their act together though when it comes to the chrome product in general. Every card that I have gotten from the 2010 set has been severely curved! I don't understand why they can't manage to produce the chrome cards with the same quality in 2010 as they had been doing in previous years where the curving of the cards seemed to be minimal. I can only guess that they are using cheaper quality materials when producing this year's set.
It's good to be back
Posted by NMCLax24 at 7:52 PM